They Call Me “Typhoid Wendy”…

It’s the story of my life…just when I get to love something, it gets taken away…I’m the kiss of death!

This weekend, one of my favourite live music venues is closing after eight years: The Blue Olive in Saint John, New Brunswick.  The owners have decided to put a new restaurant in the space.  We loved going to shows there because there are very few places for people like us in the city…when I say “people like us,” I mean folks who like to be home by 11 after enjoying a fine evening of entertainment accompanied by a couple of drinks (maximum).  I also enjoy exiting with most of my hearing, unlike other venues populated by somewhat younger patrons, where the thumping of the bass remains in your head like a piledriver until the next morning.  The entertainers who performed at Blue Olive were high-quality acts and reasonably-priced for those of us who have hungry teenagers to feed.  The Blue Olive helped fill the void left by the closures of venues such as Tapps, Melvin’s and Sessions Café, other places I used to hang out in before…it’s all my fault!

Jim and I had one of our first dates there...we saw Lenny Gallant...

Bands have broken up shortly after I’ve discovered them: Madrigal, Modabo, and Vetch…all fine regional acts from the late 90’s and early 2000’s which are now defunct, thanks to my adoration! 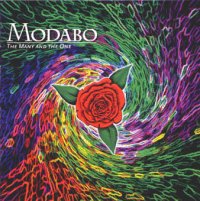 Oh, Modabo...Where are you now?

I’ve also been the cause of many restaurant closures in Saint John…sometimes the restaurant didn’t close…they just took my favourite thing off their menu!  Do you remember Wendy’s beautiful thick Chicken Wraps from the late ’90’s?  Gone.  I must have bounced too many chunks of chicken off of Hope’s head as she slept in her Snuggli while I ate lunch there on Saturdays!  Also gone from Wendy’s are their wonderful Spinach Salad and the Mandarin Chicken Salad…why?  I liked them…it’s all my fault!  When was the last time you saw the Mushroom Swiss Burger on their menu?  I killed that one too!  You’d think I’d get special consideration since they named the restaurant after me (sorry…that’s a lie…but Dave Thomas, the guy who started Wendy’s, is a fellow Ohioan)!  I dare not try their Natural-Cut Fries with Sea Salt…

My restaurant let me down...

Every Tuesday at the Saint John City Market, I used to go to Yogel’s for vegetable pie.  One day, they told me they didn’t make it any more…”not enough demand.”  Apparently, a customer travelling on a bus every week from the West Side to get their pie wasn’t enough.  I never ate there again, and sure enough, they closed within six months!

I love their chicken pesto pizza...I mean, it's okay...

It happens with TV programs too!  I’ve lost track of the number of sitcoms I’ve killed.  Jenna Elfman rebounded from the end of Dharma and Greg to star in Accidentally on Purpose (cancelled after one season).  David Hyde Pierce of Frasier was a cast member on The Powers That Be, a satire about the First Family in the early ’90’s which had only a 20-episode run.  Before he hit it big in Modern Family, Jesse Tyler Ferguson (Mitchell) was in a smart, funny sitcom called The Class, another one-season wonder.  His “sister” in Modern Family, Julie Bowen, appeared in Ed, one of my favourite defunct dramedies.  [whispering] I love Modern Family! 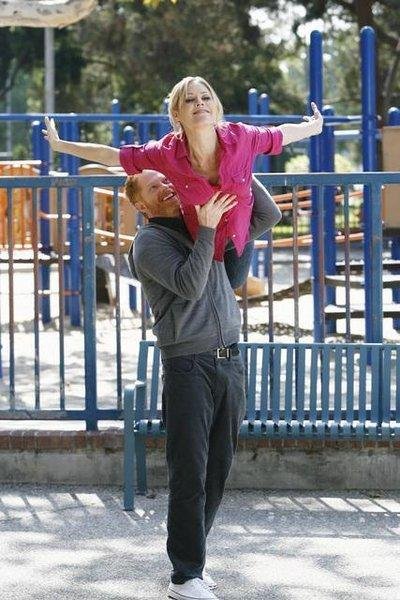 Jesse and Julie in a scene from "Modern Family"...re-enacting a childhood ice skating routine... 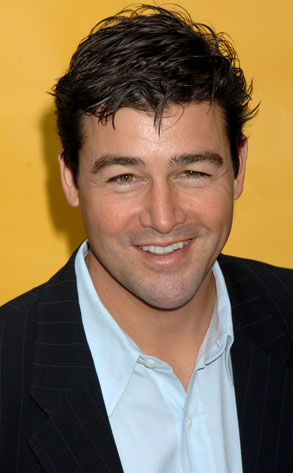 Kyle Chandler...I hope he doesn't strike out a third time...

So, to all the fans of the above places, bands, foods, and TV shows, I extend my humble apologies…maybe if I pretend not to care, the things I like will stick around a little longer!

Disclaimer:  This is a satirical piece.  I’m not responsible for any of these things disappearing.  But I would be really happy to have some of them back!

Here, for your Wednesday reading pleasure, are some random happenings from my weekend:

1. My landlord and I had a fun discussion about our gardens on Friday when he came to collect the rent.  He told me that he had paid $1500 to install a solar-powered electric fence to keep the deer out of his, but that the bucks had recently started breaching security.  “I don’t know if they’re proving their manhood…they twitch a little when they go through, but do it anyway!”  It made me giggle to see his impression of the bucks as they passed through the current.  He said they had taken a bite out of every one of his beloved squash (he told me he was boiling them anyway)…I invited him to come and help himself to some of our “unused” squash!

2. A new bird has joined the flock which comes to feast at Jim’s Bird Feeder Smorgasbord: it’s quite shy, and just flits onto the deck and picks up the seeds the greedy goldfinches spill.  It’s a white-breasted nuthatch. 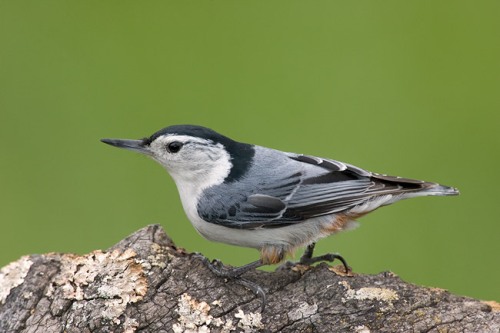 The Smorgasbord has been closed for the last couple of days as it had been raining most of last week, and the water had gotten into the feeders, causing the bird seed to sprout.  Not wanting to hurt our fine feathered friends, Jim has been washing the feeders out with bleach and soapy water, and will refill them shortly (he buys so much nyger seed at Bulk Barn, I think we should own stock there by now!).

3. It was a gorgeous day on Saturday…who would have thought I’d be sitting on our deck shelling orca beans in a T-shirt and bare feet on October 2nd (in case you’re wondering, I was also wearing jeans!)?

4. I’m liking this “give Mom a break” thing we started with cooking.  On Saturday, Jim made an amazing pot roast with potatoes, onions, carrots, turnip, rutabaga (from our garden), peas, corn, and homemade gravy.  Last night, Anna and Hope made Chinese food…it was awesome!  The kids are cooking again Friday night…can’t wait to see what they have planned!

5. Anna was taking pictures of one of our resident grey squirrels through a window the other day…when it saw her, it started launching itself towards the window!  It did it at least twice…

6. Saturday night, Jim and I went to see the new movie, “The Social Network.”  In case you haven’t heard, it’s about how Facebook got started.  It was quite an interesting social study…Jim liked that the technical parts were accurate!  The writing is very good, but it’s definitely not an “easy” movie…the teenagers talking behind us made it somewhat difficult to follow sometimes!  The way Mark Zuckerburg’s character talked was sometimes reminiscent of “Rain Man.”  Jim had to go for a pit stop in the middle of the movie…while moving my knees out of his way, I managed to dump half my box of Raisinets on the floor (glad I bought them at the Dollar Store and not the theatre – that would have been an expensive accident!).

7.  Sunday morning, I started boiling down tomatoes from the garden for pizza sauce.  Jim wanted me to make calzones similar to what we’d had last week at a local restaurant.  There were quite a few tomatoes, and it took them several hours to get thick enough for sauce.  I added minced onion and garlic, chili powder, parsley, sage, rosemary, thyme, Italian seasoning, salt, pepper, and sugar.  It was delicious!  Then I made the calzones, which while easy, take time to shape and fill (I used pepperoni, fresh mushrooms, and mozzarella cheese, along with the sauce).  We ate late that night, but they were good!  I had a whole bag of pizza sauce left, which I put in the freezer for another time. 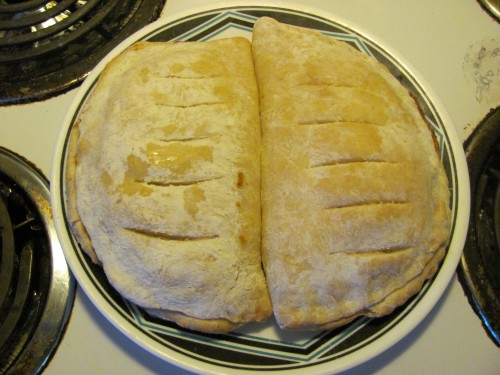 Two of the finished calzones...yes, that's a dinner-sized plate! Yummy!

8. In the afternoon, we went over to Jim’s parents to pick up some firewood.  While they were away visiting relatives last week, a big maple tree in their back yard had fallen down during a windstorm, narrowly missing their carport!  They offered us the wood.  We filled up the back of the van…we went back to get the rest last night.  It should be close to a cord…that will save us some money next year!

9. Sunday night, Jim and I went to the Blue Olive to see Rose Cousins, one of our favourite folk singers.  She was her usual, funny, charming self, although she was fighting a cold…she joked that a Canada Goose had gotten into her nose.  Rose introduced us to a couple of other singers who are just starting out: Heather Green and Ria Mae.  We liked them both, and especially enjoyed the end where everyone sang together!   There had been a mixup with our tickets, and our seats had been given to someone else…to compensate, the hostess paid our tab for the night (which would have been higher had we not been drinking pop – Jim did get a nice Greek salad, though).  We sat with our friend, Stephen Webb, from CBC.  Jim grew up with him. 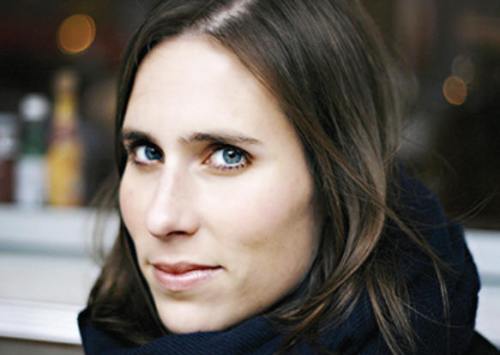 10. I was out picking tomatoes Monday night, and got into a mild disagreement with a doe.  There was a whole group of deer out there, quite close to the fence, and I waved my arms and yelled at them to make them move away (Dad is terrified that they’ll get into the garden some day!).  They did move, but one stubborn female stayed closer than the others…she stomped her foot and snorted at me.  I waved my arms and told her to “Git!”  She stared at me like my kids do when I’ve told them to do something they have no intention of doing…she snorted and stomped again.  We repeated this exchange for about five minutes before she and her posse hightailed it into the woods.  I win!