Last fall, I did a fun post about the search terms people had used to find my blog.  Six months later, I found myself facing an empty screen, so decided to put together another one (note to Ironic Mom and her “Tangled” accomplice – I am purposely leaving out search bombs)!
Technically-Challenged Searchers
use Plunger.  I sincerely hope this person’s toilet wasn’t overflowing while he stopped to Google what most people instinctively know.  That might be difficult to explain to the insurance company!

"Gee, which end should I use?" (photo from plumbinghelp.ca)

easiest roller coaster out of sticks.  Generally, I try to avoid amusement parks.  When I do get dragged to one by my teenagers, we have a rule that no one is allowed to ride the roller coaster made of sticks (at least not without a helmet!).
letter p blackberry fell off.  It is terribly inconvenient when my “p” falls off!  It really ‘isses me off!
Consumer Searchers
what kind of watch does jack carter from eureka wear.  A sexy one, of course.  It would also have all the latest gadgets. 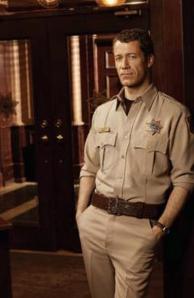 Jack Carter with his sexy watch (photo from wormholeriders.net)

high school music hall pom pom girl wallpaper.  Bad news, ma’am…wallpaper is getting very difficult to find, and high school music hall pom pom girl wallpaper has to be special-ordered from Texas.
cast iron giraffe toilet paper holder.  A regular plastic spindle just will not do.  And it can’t be a rhinocerous either.
macho en calzones. This poor person was looking for men’s underwear…he was probably really surprised to be directed to a post about deer challenging electric fences and pizza pockets!
Spelling-Challenged Searchers
mr. been.  I assume this person meant Mr. Bean, who isn’t a has-been yet.  They still show his specials on CBC all the time. 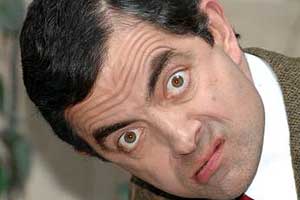 Mr. Bean...still funny after all these years (photo from slidephoneblog.blogspot.com)

pumpkinks attack.  That sounds scary, and twisted, all at the same time!  This isn’t that kind of blog!
fune catsin wedes.  This is a head-scratcher: my blog is fun, I have the word “cats” in the title, and I have talked about “weeds” occasionally in gardening posts…any other guesses?
Food Searchers
garlic and brown sugar cheese ball.  This misguided soul obviously didn’t get the memo about cheese balls not being served at parties held after 1980…I was horrified to discover that an actual recipe exists for this abomination.  It is not on my site, and never will be!
define chicken heart.  Okay, bud…put down the plunger, and think really hard!

Medical Searchers
flatulence in 10 year old boy.  I can’t help you with that.  I only know about farting teenagers, and 48-year-old men who spend a lot of time “reading magazines”.
does zumba work make your legs chunky.  It’s possible.  My legs are definitely chunky after that one time I tried Zumba.  And it wasn’t “work”…it was torture!  I’ll never do that again!
Animal Searchers
chinese sturgeon.  Another disappointed Googler…we visited the aquarium in St. Andrews where we saw sturgeon of the North American variety, and had Chinese food on the way home (nobody opted for fish).
the monkees with cats.  Did The Monkees own cats?  I don’t know.  I talked about them once (the musical group), but the discussion was about Mike Nesmith’s mom and her invention of Liquid Paper.

Does Mickey have a cat under his poncho? (photo from 8notes.com)

wet tail.  What was this hapless searcher looking for?  Whatever it was, I don’t think he found it on my blog.
Searchers With Too Much Time On Their Hands
welcome sing to my room.  I’m going to go out on a limb and suggest this person may not have had English as his first language.
taylor swift just a zombie baby.  I wouldn’t go that far…she’s actually not a bad singer!

“my holy pants”.  I have never been a religious person.  However, I do have a pair of pants which are not fit to wear in public, but too good to throw out.  I tend to wear them around the house on Sundays…hence “my holy pants.”
What are some of the strange terms people have found your blog with?